Preserving the past. Presenting the future.

Harbourtown Fine Arts Center exists to expand the cultural recognition of Vermilion and the surrounding areas. Being a relatively small community, we hope to reach those with an interest in the arts.

Vermilion's original Town Hall and Opera House is a historical treasure. Vermilion Town Hall was built in 1883 and features the original meeting and social hall, three smaller rooms which were used as concessions and administrative offices, and something incredible upstairs...

The upstairs boasts a beautiful performance space, the Vermilion Opera House. Complete with original curtains, polished wooden chairs, ornate woodwork, and stained glass windows, this theater is one of a kind. With the help of our community, Harbourtown Fine Arts Center has plans to completely renovate the theater to make it available for our city to enjoy once more. 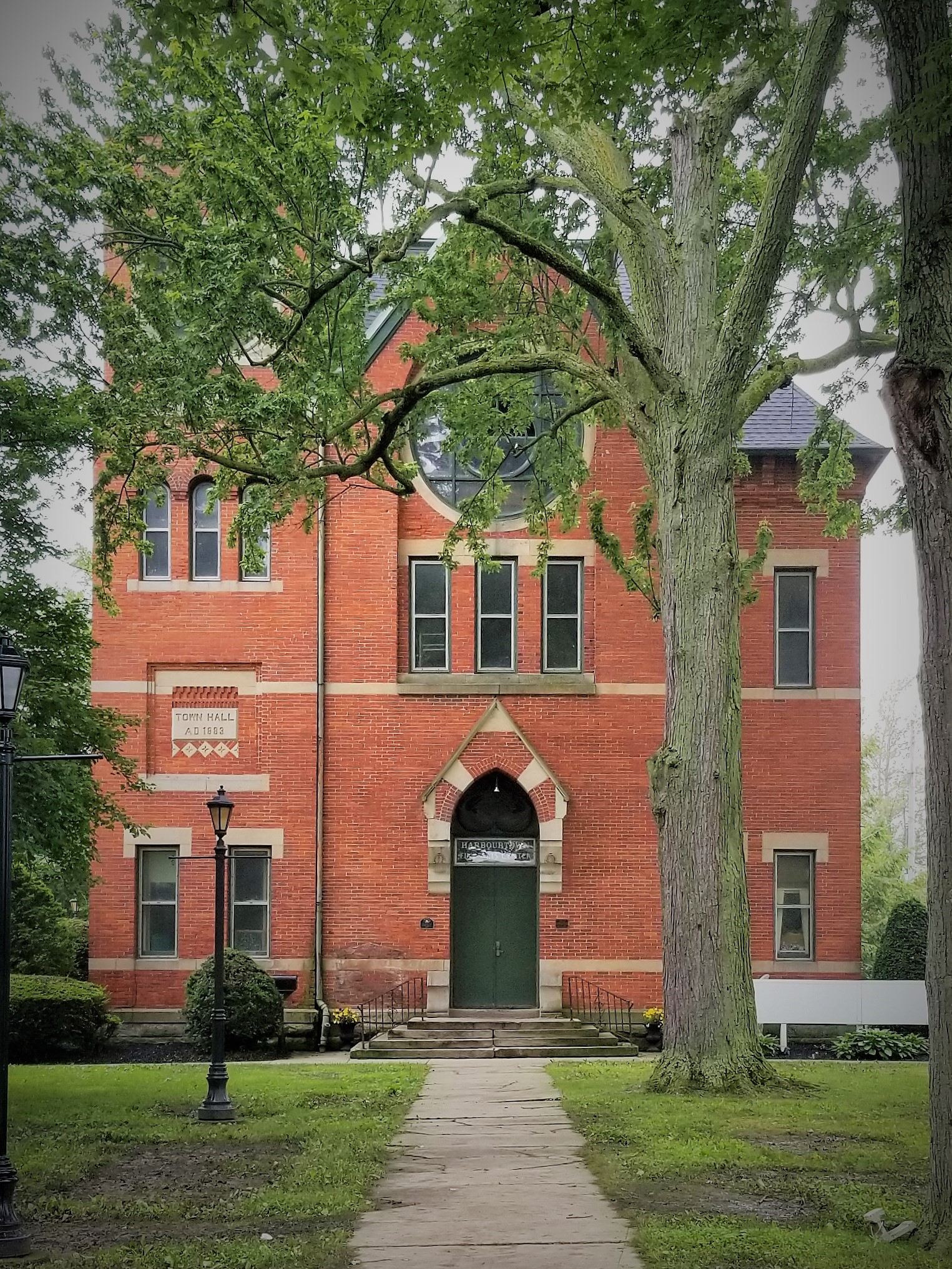 A space for all.

Renovations for Harbourtown Fine Arts Center will begin in phases. Currently, we are in the process of planning our first capital campaign.
Once we get started, we will call on members of the community who have a passion for the arts. It will take a village to transform this space into what it has the potential to be. No amount is too big, nor too small.

If you are interested in how you can support our cause or otherwise become involved, click the button!

In 1878 the Ohio Legislature passed a bill authorizing the Vermilion Township Trustees to build a town hall in the Village of Vermilion. The Town Hall was completed in 1883 at a cost of $21,000. It was built by Benjamin Horton. It included a council chamber, election room, jail with six bunks and a court room on the first floor. On January 1884, there was a public dedication with 10 to 12 hundred well wishers in attendance. Later in the evening folks danced in the voting room to music by the Great Western band until 4 a.m. The crowd was so large that many attendees could not dance. Some said the building should have been 20-30 feet longer.

The upper floor was an elegant opera house with a seating capacity of 425 people. For the next 50 years the Opera House served as a social hub for the community offering minstrel shows, lectures, plays, high school graduations and wedding receptions. The remnants of the ticket booth can still be seen in the Town Hall entrance doorway. Show equipment was hoisted by cable to the back stage door. Medicine shows came through in the spring and played a weeks’ engagement, always to a full house. Between acts, the medicine man sold bottles of Indian Hogan, guaranteed to cure anything.

There was a door in the main Township Chambers that had a peephole with the words “WOW” over it. The organization was called Woodmen of the World. The oil lamps came from Bill Kane. The portrait of George Washington above the stage was painted around the time that Archibald Willard was painting in Ohio. It is unknown if this portrait was done by a contemporary artist of Archibald Willard.

During Prohibition a substantial load of alcohol was recovered by Vermilion’s Marshall. It was placed in lock up at the Town Hall for safekeeping. When the Marshall came to collect the evidence, it was gone.

J. A. Klaar owned a harness shop on Liberty. With the arrival of cars his business went under. On 2/3/36, he lost his life to another invention – gas fumes from a natural gas heater, while working in the office at the Town Hall.

In 2006, the Vermilion Township sold the building to private owners. The lower level now serves as a dance studio. Sadly, the Opera House is no longer in use. However, a group of dedicated citizens hope to restore this historic icon to its original beauty so that music can ring within its walls once again.